The VOID KNIGHT in OSRS – Everything you need to know

The osrs void knight guide is a comprehensive guide to explaining what void knights are, how they work, what the difference between regular and elite voids are, and so on.

How Do Void Knights Work?

Pest Control Minigame rewards players with vampire knight equipment. In Raids 2, the Theatre of Blood, and Chambers of Xeric, Void is often used on high-level bosses so the player has to make far fewer switches than if they were wearing.

Players with the following skills can wear void knight equipment:

Armor pieces for the Void knight include:

A description of how Void Knight works
As it stands, Void Knight armor has some pretty good stats:

However, it is mostly due to the helmet’s added benefits that people wear void. The designated helmet offers an additional bonus when you wear the full void knight set. 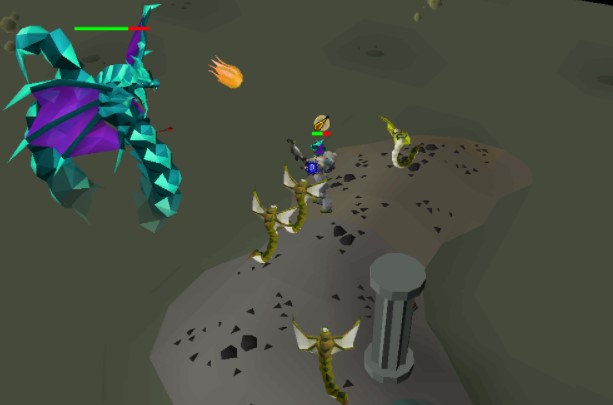 Stats of the elite void knight

* Elite void melee gives the same amount of melee damage as its regular counterpart. With the robes, you’ll only receive a +6 prayer bonus.

However, the additional bonus will only be granted if the full set is worn.

Getting Void in Osrs

You will need to play the pest control minigame in order to get void. Void cannot be traded, so it cannot be obtained in any other way.

There are three levels in Pest Control in world 344 (you must be playing in this world to find games):

There are different requirements for each level and different points per win.
You will get your full Void set faster the higher your combat level.

There are 170 veteran wins, 213 intermediate wins, and 284 novice wins required to complete the void set.

Veteran games usually last no more than two minutes, you usually don’t have any waiting time, but sometimes you’re not given priority, which means you might have a 10-minute delay between games. A veteran game will take about 3 minutes, including loading time.

The result is that you will need approximately 12,5 hours to complete the full void (1250/5=250 games). Upgrade to elite void requires another 4 hours.

Void of elites
contains a few more requirements than regular void. It is necessary to complete the Hard Western Provinces Diary in order to receive elite void. To upgrade each of your regular robes, you must also pay 200 commendation points for a total of 400 commendation points.

As part of the Hard Western Provinces Diary, you will also need to reach 100 combat levels, complete a bunch of quests, and achieve high-level skills.

You will need 1650 commendation points to complete the elite void.

the difference between the regular and elite void.

Only the +6 prayer bonus distinguishes elite void from the regular void. Elite Void does not add extra melee damage to a player but does add 2,5% extra ranged or magic damage if the corresponding helmet is worn.

Thus, elite void ranged can be considered the best osrs ranged DPS armor.
It is only recommended that regular void players consider becoming elite void if:

There is no value in elite void magic since Ahrims provides better damage than a mage hood (which is why players prefer to bring Ahrim’s switch to raids rather than a mage hood).