Andy Warhol, one of his era’s most famous and successful artists, combined avant-garde and intensely commercial sensibilities. Andy Warhol, a veteran illustrator, and publisher, became famous in the 1960s as a leading Pop art figure. He experimented with various artistic mediums, including writing, filmmaking, video installations, and performance art, controversially merging fine art and popular culture. This was an exciting mix.

Warhol’s parents were immigrants from Slovakia, and he was born on August 6, 1928, in Pittsburgh, Pennsylvania’s Oakland neighborhood. Julia Warhola, Andy’s mother, worked as an embroiderer, while Andrej, his father, was a construction worker. Warhol became bedridden for several months when he was eight and became sick, suffering from chorea, or St. Vitus’s Dance. This is a rare and occasionally fatal disease of the nervous system.

Warhol’s mother, a talented artist, taught him how to draw during these months while he was ill and confined to bed. Soon, Warhol’s favorite childhood activity was drawing. In addition to being a huge movie fan, he also made a film in a small underground darkroom (below the family residence) with a camera gifted to him by his mother when he was barely nine years.

In Pittsburgh, Warhol went to Holmes Elementary School, attending free art sessions offered by the Carnegie Institute, which later became the Carnegie Museum of Art. Warhol was 14 years old when his father died from a jaundiced liver in 1942, facing a great tragedy in his life. Warhol spent the wake hiding under his bed; he was so upset that he couldn’t attend his father’s funeral.

As a result of his father’s recognition of his son’s artistic abilities, Warhol’s father stipulated in his will that his life savings be used to pay for his son’s college tuition. As a result, Warhol enrolled in the Carnegie Institute for Technology to study pictorial design the same year he started at Schenley High School and graduated in 1945.

Warhol relocated to New York City after receiving his Bachelor of Fine Arts from college in 1949 to pursue a commercial art career. At this point, he also dropped the “a” from the end of his last name to become known as Andy Warhol.

In September, he was hired by Glamour magazine and later rose to prominence as one of the era’s most successful commercial artists. He frequently won awards for his distinctively whimsical style, producing his drawings with rubber stamps and his own blotted line technique. 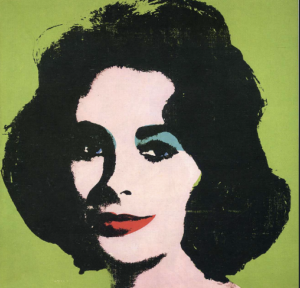 Warhol started focusing more on painting in the late 1950s, and in 1961 he introduced the idea of “pop art”— a list of Andy Warhol drawings highlighting mass-produced consumer goods. For example, he displayed the now-famous paintings of Campbell’s soup cans in 1962.

These tiny canvases depicting commonplace consumer goods caused a massive uproar in the art world and, for the first time, put Warhol and pop art in the national spotlight. Other well-known pop artwork by Warhol included images of hamburgers, vacuum cleaners, and Coca-Cola bottles.

In addition, he painted vivid, garish portraits of famous people; his most well-known sitters include Marilyn Monroe, Elizabeth Taylor, Mick Jagger, and Mao Tse-tung. As a result of the popularity and notoriety of these portraits, Warhol started to get hundreds of requests from socialites and celebrities for portrait commissions. It eventually sold for $100 million in 2008, making his portrait “Eight Elvises” one of the most expensive historical paintings.

In 1964, Warhol established his studio in a sizable warehouse that was painted silver and was dubbed “The Factory.” Lou Reed, a musician, paid homage to the hustlers and transvestites he had met at The Factory with his hit song “Walk on the Wild Side,” the verses of which contain descriptions of people who were regulars at the renowned studio/warehouse in those decades. Among these were Candy Darling, ‘Lil’ Lulu, and Holly Woodlawn. The Factory quickly became one of New York City’s top cultural hotspots.

Warhol was enamored of his fame and established himself as a regular at notorious New York City nightclubs like Studio 54 and Max’s Kansas City. Warhol remarked on his and the general public’s fixation with celebrities, saying that “more than anything, people just want stars.” Additionally, he ventured into new areas and released Andy Warhol’s Index, his pioneer book, in 1967.

But in 1968, Warhol’s burgeoning career almost came to an end. On June 3, an aspiring writer and radical feminist, Valerie Solanas, shot him. In this assault, Warhol sustained severe injuries. Solanas, who had acted in one of Warhol’s movies, is said to have been irate because he wouldn’t use a script she had written. Solanas was detained following the shooting and ultimately entered a guilty plea.

After receiving treatment for his wounds in a New York hospital for several weeks, Warhol had additional surgeries. Unfortunately, due to his wounds, he was forced to wear a surgical corset for the rest of his life.

Warhol continued to experiment with different media in the 1970s. He wrote books like Exposures and The Philosophy of Andy Warhol (From A to B and Back Again). Throughout his career, Warhol produced more than 60 films and engaged in extensive video art experimentation. His most well-known movies include Eat and Sleep, in which a man consumes a mushroom for 45 minutes and shows poet John Giorno sleeping for six hours.

In Warhol’s life and work, materialism and celebrity are simultaneously celebrated and satirized. One could interpret his paintings of exaggerated brand images and celebrity faces as a critique of what he perceived as a culture preoccupied with fame and wealth.

On the other hand, Warhol’s emphasis on consumer goods and pop culture icons, along with his taste for money and fame, point to a life that celebrates the very elements of American culture that his work decried.